The Critical Question For Struggling Retailers: Too Much Store Or Not Enough Brand? 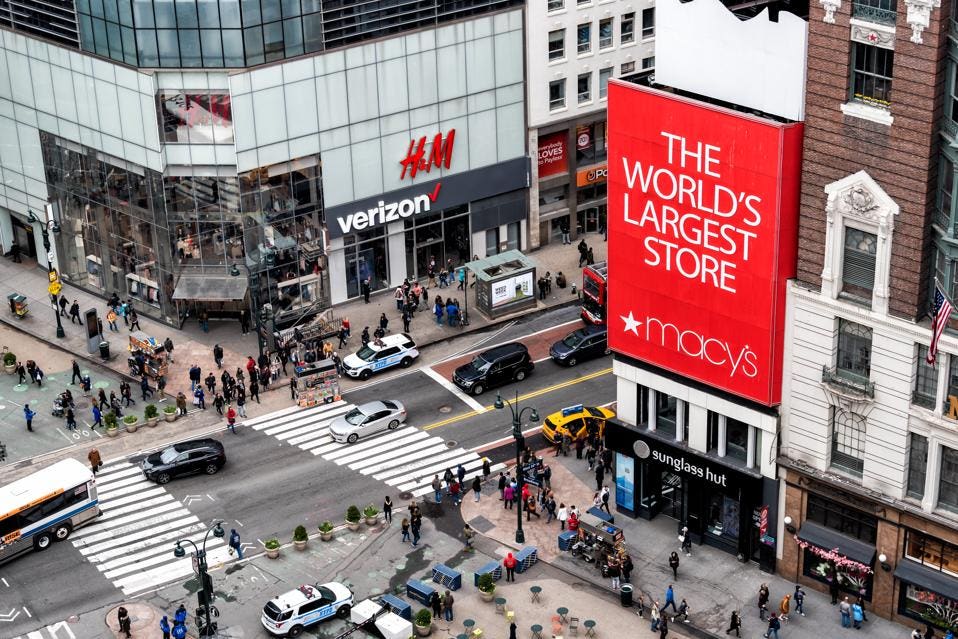 I suspect hardly anyone is surprised when an ailing retailer announces plans to shutter locations en masse. Across the last several years we’ve seen dozens of once mighty chains close hundreds of stores in hopes of staving off a trip to the retail graveyard.

This week, having already closed some 120 stores in a bid to shrink to prosperity, Macy’s announced that it plans to eventually reduce the size of many of its under-performing stores. These “neighborhood stores” (four of which are currently being tested) will also undergo merchandising and service changes. In a Wall Street Journal article discussing the new strategy I was quoted as saying ““If you’ve got too much space, it means your brand isn’t resonating. It’s not a real estate problem, it’s a brand problem.” And while that quotation was a bit out of context and not meant specific to the viability of Macy’s new strategy, I do think it’s critical for retailers to be sure they are working on the right problem. From my experience, more times than not, a massive retrenchment of brick & mortar space is most often an indication of poor customer relevance, not bad real estate.

Of course, this does not mean retailers should not prune store locations and/or look to resize current (or planned future) locations. Clearly real estate decisions, be they specific location or size of footprint, need to reflect today’s consumer and competitive situation. And we know that the United States is, on average, significantly over-stored. We know that some retailers went a bit wild and crazy with store expansion plans in an era of cheap money. We know that the growth of e-commerce can often cause a radical rethink of physical asset deployment. Some store closings and some optimization of space is inevitable for most retailers.

If a consolidation of a retailer’s real estate portfolio, along with a robust digital strategy, results in a more remarkable customer experience that, in turn, leads to growing customer value then the strategy may well be sound. But this is rarely the case. Usually the shrinking to prosperity strategy is driven by a lack of physical store sales productivity which has been caused by losing market share to competitors with a better value proposition. So–at least in theory–you can improve productivity metrics by reducing the denominator. But that presumes that sales (the numerator) are at least stable. And the track record on that is poor. Show me a list of retailers that have cut their square footage massively in recent years and you’ve pretty much got a list of bankrupt or nearly bankrupt brands.

A lot of times Amazon–or e-commerce in general–is cited as the reason that retailers need a lot less square footage. Unfortunately this argument doesn’t hold up all that well. In turns out there are plenty of “traditional” retailers that have winning value propositions that are doing little if anything to the size of their stores. In fact many are opening stores. This is because their value proposition is unique, highly relevant, remarkable and well-harmonized across channels. I very much doubt Apple, Sephora, Costco, Nike, TJX, Neiman Marcus, Nordstrom, among many others, will be announcing major contractions of their physical space anytime soon because their brands are more than big enough for their real estate.